North London side Arsenal and West Bromwish Albion lock horns for the first time this Premier League season at 8pm on Monday; here’s how Wenger’s men line up.

Last time the Gunners played Tony Pulis in the English Premier League at the Hawthorns, Arsenal left feeling embarrassed and let down following a 3-1 loss.

Little did Arsenal fans realise it was only going to get even worse since our 3-0 defeat away to London club Crystal Palace was just by the door but most fans knew what was about to take place.

Todays clash, however, should be a little different.

While West Brom are a point and two places above Arsenal in the Premier League log, Arsene Wenger’s team played well against Premier League Champions Chelsea last week Sunday and although we only secured a point, the self confidence the overall performance will give the side a high morale going into this one.

Pulis team have only suffered one loss this season against newly promoted Brighton. Other than that, they’ve beaten AFC Bournemouth and FC Burnley, and drew against Stoke City and London club West Ham. So they have not exactly faced it so far this season.

Tony Pulis is yet to win a game at the Emirates Stadium and the gunners have never lost to West Brom on a Monday night.

Here is how Arsenal line up tonight 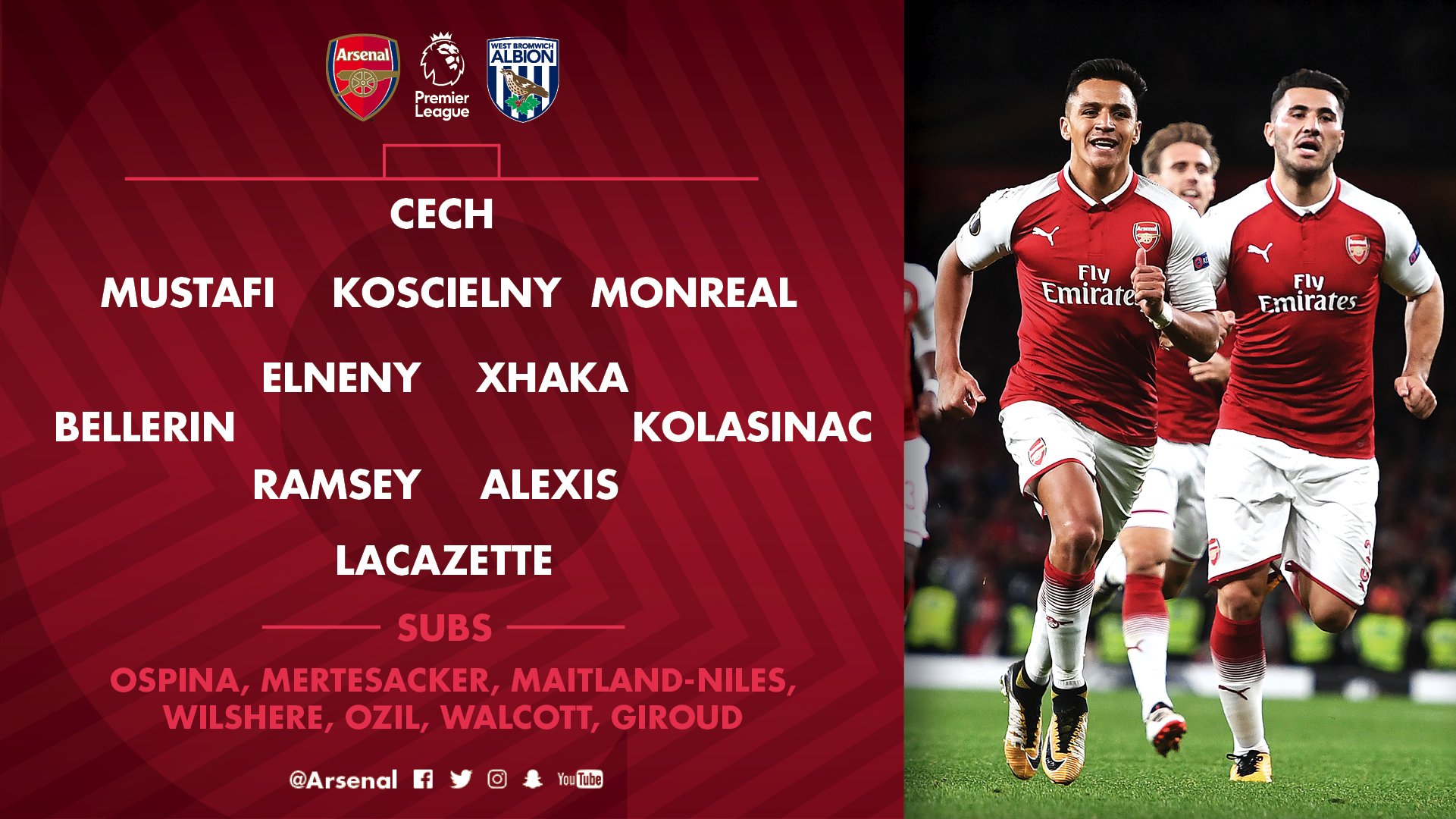